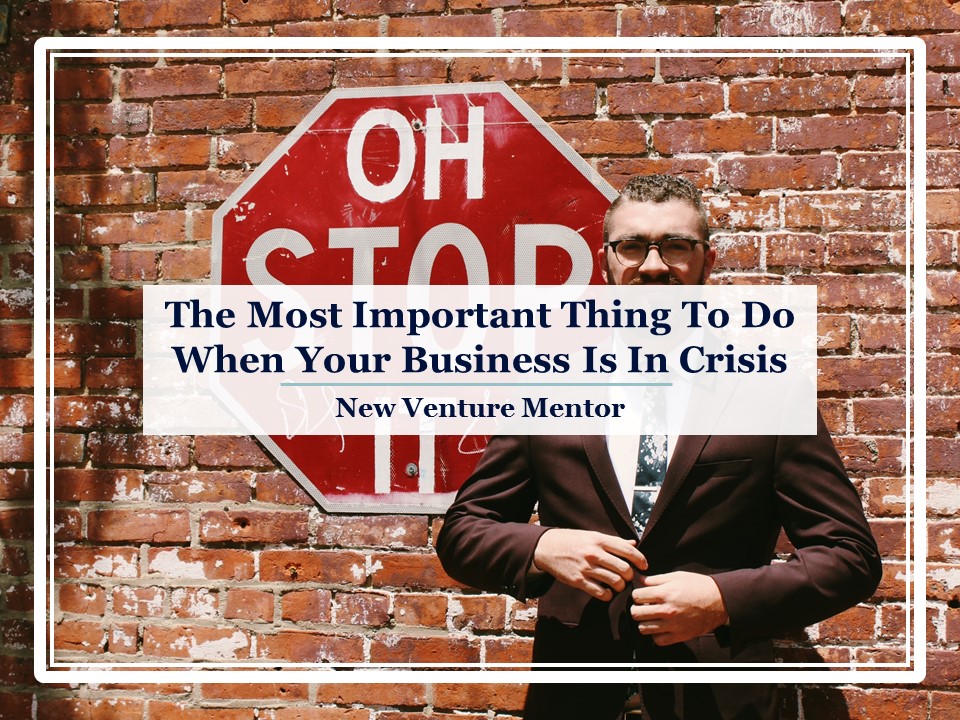 Today I want to talk to you very quickly about the need to stop and regroup in a crisis.

Since I’ve moved to Chicago, I have worked mostly with non-profits serving entrepreneurs as opposed to independently working with entrepreneurs and so I’ve seen a lot more cases of the need for major crisis management from both the non-profits themselves and the for-profit entrepreneurs they’re serving.

Crisis is not that uncommon, small businesses are very susceptible to crisis because they do not have large reserves of resources to help them survive trouble spots like large corporations do, so how they deal with a crisis is even more important. One of the things I have seen over and over again that leads to organization’s ultimate demise is the inability of leadership to put the breaks on when they find themselves in crisis mode. Generally, the leadership either refuses to acknowledge that there is a problem until it’s too late, panics, or does both.

What you really need to do if you find yourself in a crisis is to STOP. Yes, stop. You’re in a crisis because something went wrong and if you want to get yourself out of the crisis, you’ll need to make sound, strategic decisions and you can only do that if you stop and regroup. This seems obvious, but I’ve found that most leaders cannot stop moving when they’re in a crisis because they are frantically running around trying to pull together a patchwork of possible solutions. The problem with this, though, is that the patchwork isn’t strong enough to support the heavy lifting and, while it might stave off the demise of the organization, it doesn’t cure the underlying problems that caused the crisis to begin with and so you’re bound to be right back in another crisis soon.

Imagine you’re in a dinghy that is leaking. What do you need to do to make sure you don’t sink: scoop out the water you’re taking on or plug the hole it’s coming through? You need to do both, right? That seems obvious in the boat analogy but the same is true in business and it’s somehow less obvious there. To prevent your business from going down in a crisis though, you need to BOTH find a solution to the immediate symptom of the problem – i.e. deal with the crisis at hand – AND address the issues that led to the crisis in the first place. In order to do that, you have to stop, regroup, and think. That might mean halting certain services and pulling back on hours worked by employees and consultants until you’ve worked through your cash flows issues and then setting financial controls and management procedures in place so that you don’t create the same issues in the future. There are any number of forms this could take but the key take-away is that you must both scoop out the water and plug the hole if you want to the dingy to stay afloat and you cannot possibly do that if you don’t stop scooping out the water long enough to identify where the leak is and plug it.