I’ve always wanted to go to Barcelona. I’ve traveled a ton and I had been to Spain before, but not to Barcelona, and the city had always had an allure to me that few places I’ve never been to do. Given that, when it was time to disembark from my 11-day transatlantic cruise over to Europe I was incredibly excited to begin exploring the city.

The city itself certainly didn’t disappoint. The architecture was beautiful, the city was clean, the mix of green space, urban space, and beach were lovely, and the smattering of bizarre architecture from Gaudí added just enough quirk to the city without making it ugly. The people, on the other hand, left a bit to be desired in the area of warmth and friendliness.

Take a look at the photos and videos below to get a feel for the city and I’ll do a couple more posts about some of the most notable sites over the next few weeks. FYI: the last ~4 mins of the video are of the fountain show so feel free to turn it off once you get there if that’s not of interest to you.

This week we’re talking to Berta Lázaro, Co-Founder of TeamLabs, about the entrepreneurial ecosystem and startup scene in Madrid.

This week’s Startup Nomad interview is with Scott Mackin, an American who has relocated to Barcelona and is the Founder and Managing Director of Barcinno, the top source for English language information about tech, startups, and innovation in Barcelona.

Check out the interview below and let me know what you think in the comments.

As I mentioned in my last post, I decided to sail to Europe instead of flying so I booked a transatlantic re-positioning cruise aboard the Norwegian Epic. Our one and only port day on the journey before arriving in Barcelona was in the city of Funchal on the Portuguese island of Madeira. With just one day in Funchal, I opted for a ship-promoted tour that took me to see a bit of the city, to hike up one of the tallest lookout points on the island, to a brief tasting at a winery, and on a toboggan ride and a cable car ride. I’ll write about the toboggan and the cable car in upcoming posts but the video and photos this week are just a general overview of the city.

I was quite pleasantly surprised by Funchal and really enjoyed the brief stop there. It’s a very pretty little city and the tour I took was excellent. It appeared that the area was a popular spot for hikers and backpackers, but not being either and only having about 8 hours there, I can’t make any promises. For a day or even a weekend of just relaxing and exploring, however, I can definitely give Funchal a thumbs up.

We lucked out with gorgeous weather while I was there so the views from all of our stops on the tour were fabulous.

The only downside to the tour I took is that it took us to this lookout point over Nuns’ Valley. Some of the others visited a cliff overlooking the ocean that gave them way cooler views and better pictures.

In this week’s Startup Nomad interview I talk with Xavi Fuentes, the Founder of Let’s Kick In and a former organizer of Startup Weekend Barcelona. Check it out below and let me know what you think in the comments!

Welcome to Europe, Nomads! I’ve been here in Spain for a little over a month now and have only started to scratch the surface of what’s going on in the entrepreneurial ecosystems on this side of the pond. The energy is quite a bit different here than it was in most of Latin America, but the struggles are the same.

I kicked things off in Barcelona speaking to Damien Bruneau. Damien is co-founder of TutoTOONS and an organizer of Startup Weekend Barcelona. While he and his company call Barcelona home, Damien is French and has also lived in Italy and the UK, so I was excited to pick his brain about what’s going on in the entrepreneurship world in Europe.

Damien and I started out talking about how Barcelona’s entrepreneurial ecosystem is expanding:

“It is growing really fast but it’s still small,” he told me. “The city has big potential and that’s what driving a lot of talent and entrepreneurs to come to Barcelona…[but] there are not enough success stories or big experienced entrepreneurs to really inspire. That’s what’s missing but I think it will come quickly.”

The idea that this startup community lacks success stories to mentor new entrepreneurs and to show them that success is possible outside of the major startup hubs is something that I heard throughout Latin America, so it was interesting to see that the same is true outside of the so-called “emerging economies.”

Damien attributes part of the lack of major success stories to the fact that entrepreneurship has not, until recently, been seen as a desirable career choice.

“There is still not yet this big wake-up for the Spanish to be entrepreneurs,” he told me. “They’re still just starting.”

Additionally, regulation has made Spain undesirable as a place to legally locate a company, despite Barcelona being an attractive place to physically locate it. “Usually a company is based here and somewhere else, either in the US or London,” Damien said,  “because investors don’t want the company to be based here,” due to things like a complicated process for issuing stock options and a slow regulatory system.

But foreigners have been flocking to Barcelona recently and breathing energy into the city’s entrepreneurial ecosystem in a way that is different from the country’s other ecosystems.  “There’s more startup energy and more of an international feel here [in Barcelona than in Madrid],” Damien said. Additionally, “Barcelona has a number of good MBA programs and so attracts a lot of MBA students, so usually those MBAs start to become entrepreneurs at the same time [that they’re studying].” He also mentioned more than once that there were lots of talented people in Barcelona and that it was fairly easy to find people to add to a growing startup team, though he felt it was harder to find co-founders as the pool of talent lacks experience in what it actually takes to build a business and is instead attracted to entrepreneurship as the “sexy” career option.

As the ecosystem matures, however, that will become less of an issue.

“I think it will grow fast and then it will be quite stable because of the quality of life,” Damien said about Barcelona’s entrepreneurial ecosystem. “Maybe in 5 years it would be like Berlin and in 10 years it will be like London, that would be nice.”

The unavoidable question, of course, is how does Spain’s troubled economy affect its entrepreneurial ecosystems? Damien had an interesting answer:

“It affects it in a positive way,” he told me. “People actually start to say, ‘Okay, I’m going to do my own business,’ because they lost their job, or because they don’t see a good future in the economy, or because they can’t get a job so they create it, and I think that’s good. That drives people to be an entrepreneur. You see a lot of young Spanish kids too that get really motivated and enthusiastic about being an entrepreneur.”

Wrapping up the interview the same way I always do, I asked Damien to share some advice for new or aspiring entrepreneurs:

“Focus, focus, and focus,” he told me.  “When you do a startup, do one thing at a time, know where you’re going, and really focus.” Also, “don’t be afraid to fail. Try things, learn from it, and move on. Learn how to manage fears and get that feeling of being able to go for that thing that is difficult, that is new, and that you don’t know how to do.”

Here we are in week 7 of my suggestions for your travel bucket list.

In no particular order, my top 10 suggestions for your travel bucket list are:

This week I’ll talk about Ephesus.

Ephesus is an ancient Greek city in Turkey that I visited while on a cruise last February stopping in Italy, Greece, and Turkey (the port is Izmir).

I’m not necessarily a ruins addict, though I have seen a number of ruins from various civilizations throughout Europe and Latin America, but Ephesus was pretty unforgettable. Firstly, the city is much more massive than almost any other ruins I have visited and its level of preservation is quite impressive. The streets, buildings, drainage, sewage system, and sign system is stunning when you consider how little we’ve progressed in so much time. Additionally, there are a number of fun facts the tour guide will give you that keep things amusing such as noting that there is a secret underground tunnel connecting the city’s main library with its most popular brothel to allow the men of this ancient city to have their fun without their wives suspecting anything.

The tour I took was pretty comprehensive and I thoroughly enjoyed the visit. I apologize, but since I visited while on a cruise and got ship to site service via the shore excursions team, I can’t really give you much information about how to get there.

Below are some photos from my visit. 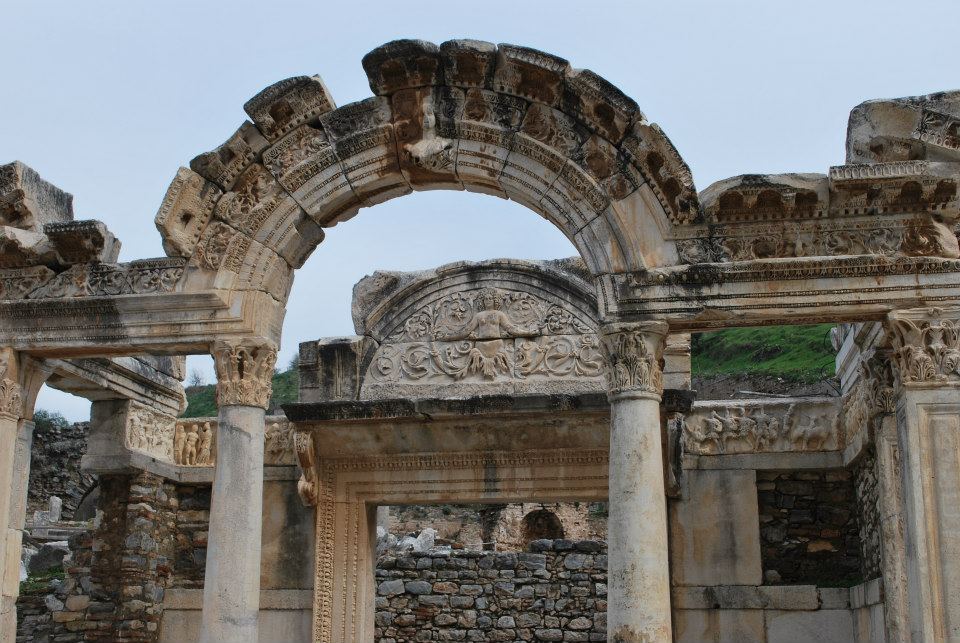 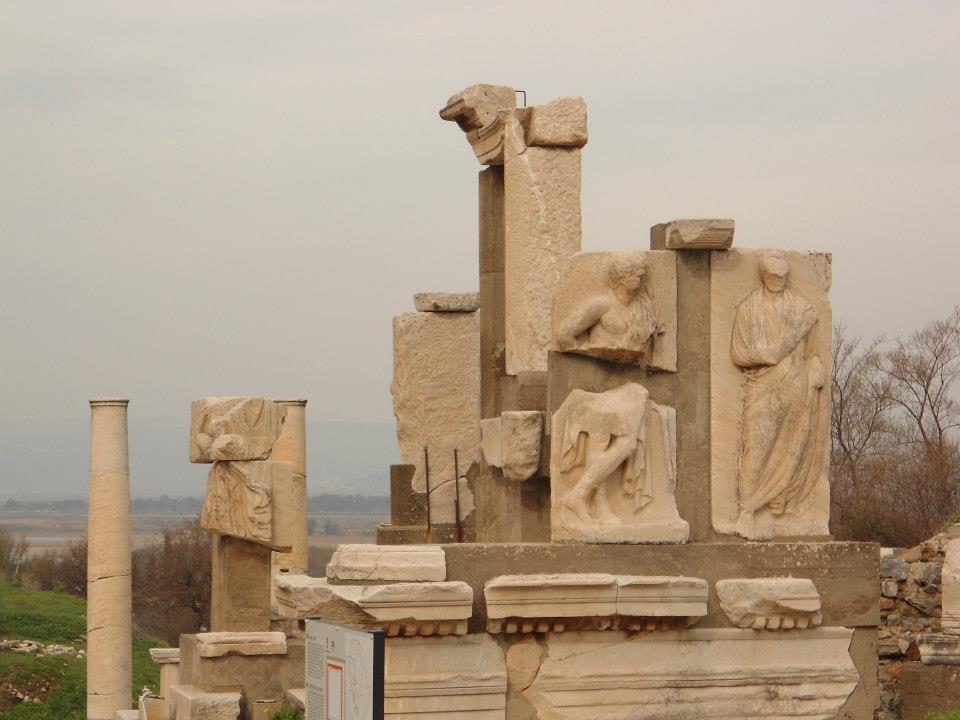 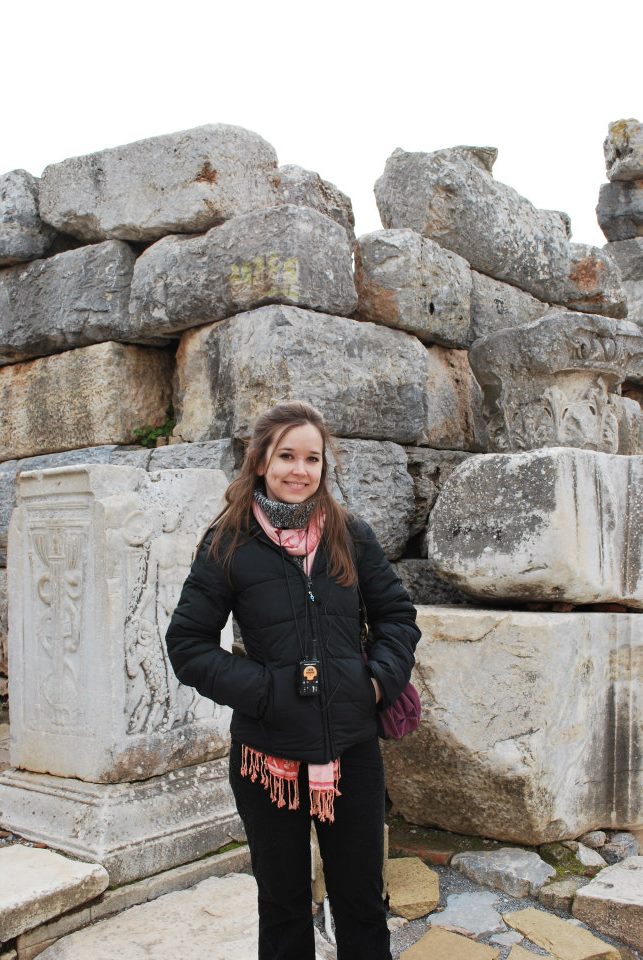 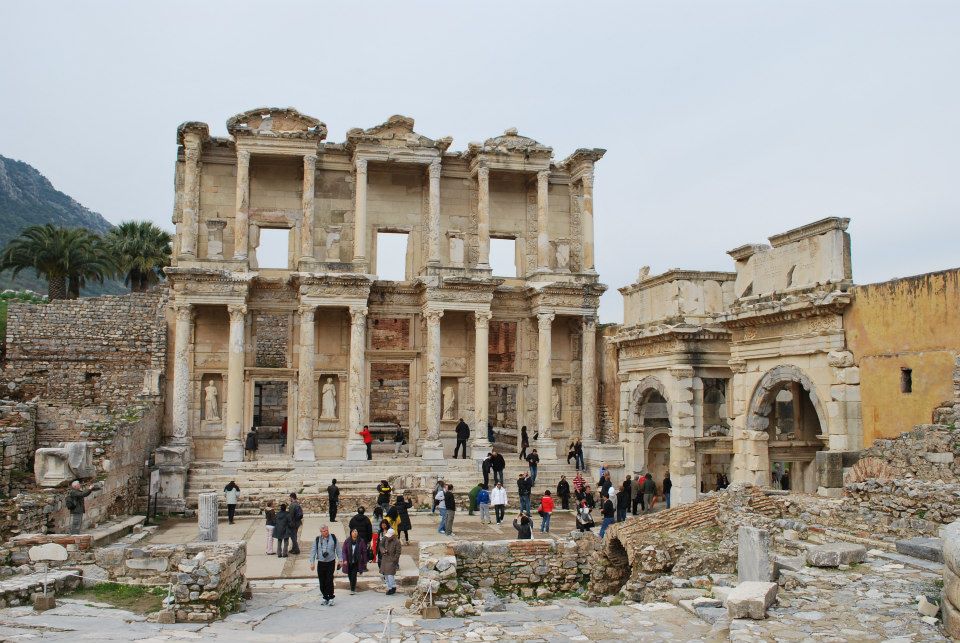 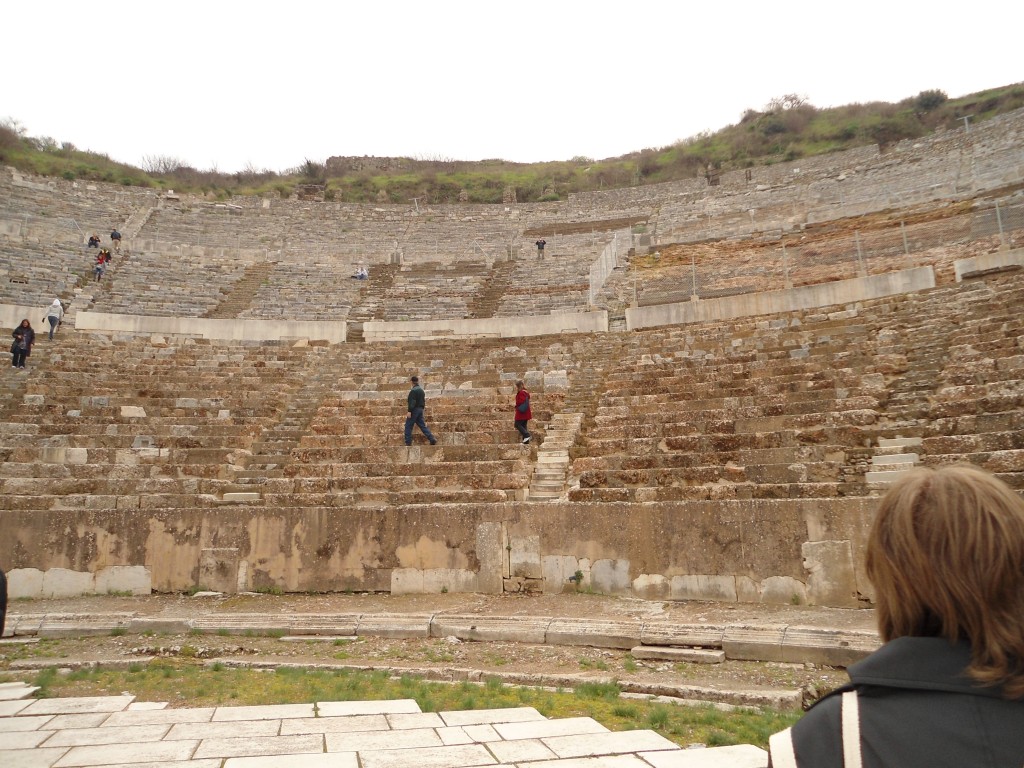