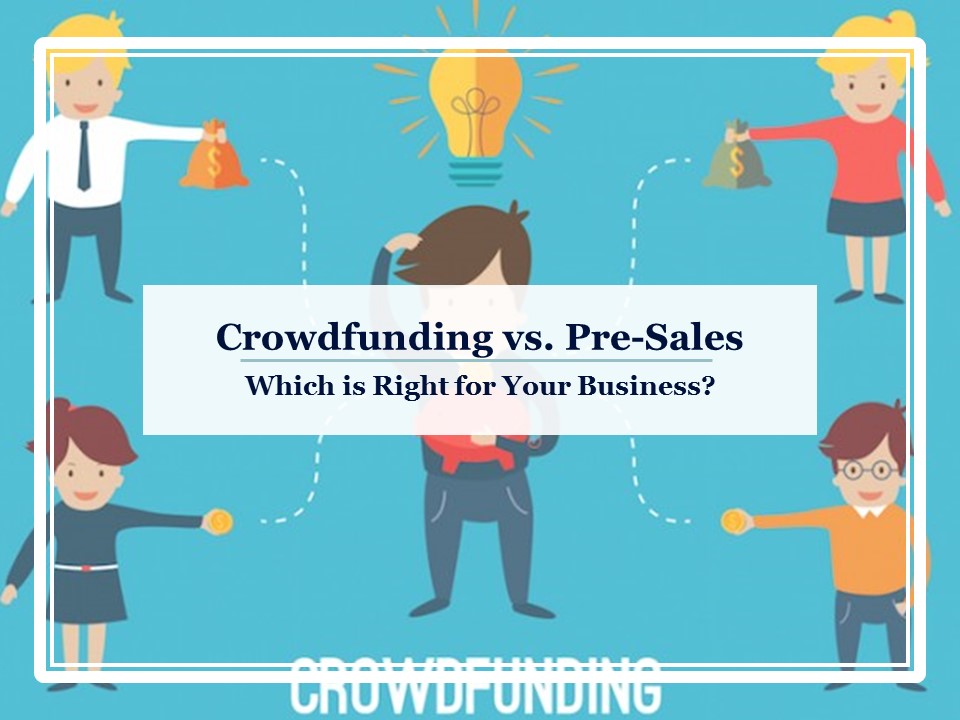 Today I want to talk to you about crowdfunding – not equity crowdfunding – just regular old, plain vanilla, rewards-based crowdfunding that has been around for years, and how to decide whether it’s a good move for you and your business.

Lots of entrepreneurs I talk to seem to think that rewards based crowdfunding will be an easy way for them to raise a lot of money for their business. They tend to believe that all they have to do is put up a compelling fundraising page and that the crowdfunding site itself will drive traffic, and backers, to it.

Unfortunately, that’s just not how it works. If you want to be successful at crowdfunding, you need to be able to create buzz around your project on your own. The crowdfunding sites really only help you drive additional traffic if you’re already crushing it at fundraising. Essentially, they don’t jump on until the tipping point – you have to use a ton of effort to shove that stalled out car up to the top of the hill. Once you’ve reached the top and can just let it roll down the other side, that’s when the portals will send you some additional backers who will jump in your now easily rolling car and support your project.

So who succeeds at crowdfunding? Those that have a product they can offer to backers that is unique or new, those that have large social networks, and those that can get those in their networks to commit to backing their project right from the beginning as you need to have a strong start to your crowdfunding campaign in order to be able to raise the money.

Now, here’s the thing though, crowdfunding portals are going to take a decent cut of what you earn. How much depends on which portal, but they all do it. What would happen if, instead of doing a crowdfunding campaign, you just did a pre-sales campaign? The cut the payment processor would take is almost certainly going to be lower than the cut the crowdfunding portal would take so, if you got the same number of backers, you’d get more money. Now, yes, you can’t offer multiple different levels of support and you wouldn’t get those added backers that come in at the end when you’re already on fire, but you also wouldn’t give up as big a cut.

If you don’t actually have your product yet, you also need to be careful to ensure that you only do pre-sales if you can be certain that you’ll make enough sales to have enough money to actually get this thing made as you don’t want to get stuck being forced to make product at a loss or worse, not being able to deliver and breaching the customer’s contract and trust. Crowdfunding might still be the right avenue for you, I just like all of my clients to think through it before they make a decision one way or the other because, while crowdfunding is right for some, independent pre-sales are right for others. You have to evaluate the pros and cons of each for your specific business and your particular situation.