What is employee engagement and why does it matter?

Engagement at work is at an all time low in countries around the world, with just 13% of employees worldwide identifying as actively engaged.  In both the UK and the USA, this number stands at around a third. Businesses everywhere are paying for a zombie workforce full of unmotivated employees that will do the bare minimum to get by.

Indeed, the value of engagement really can’t be overstated for a business. Engaged employees are focused, happy, and ready to step up to new challenges. They’ll work to the best of their ability to help the business achieve their goals. These industrious workers are keeping the cogs of the economy turning!

On the other hand, less engaged employees don’t really care, are probably a bit fed up and won’t go out of their way to do more than they absolutely have to. And an employer’s worst nightmare, the actively disengaged employee, just straight up hates their job, their boss, and probably their colleagues. They can stir up a whole lot of trouble and drama in the workplace if the problem isn’t brought under control.

Plus, all this Monday dread and misery at work is putting some serious dents in the economy. The estimated cost of disengagement UK businesses has now reached a staggering £340 billion a year. It’s an economic sinkhole. 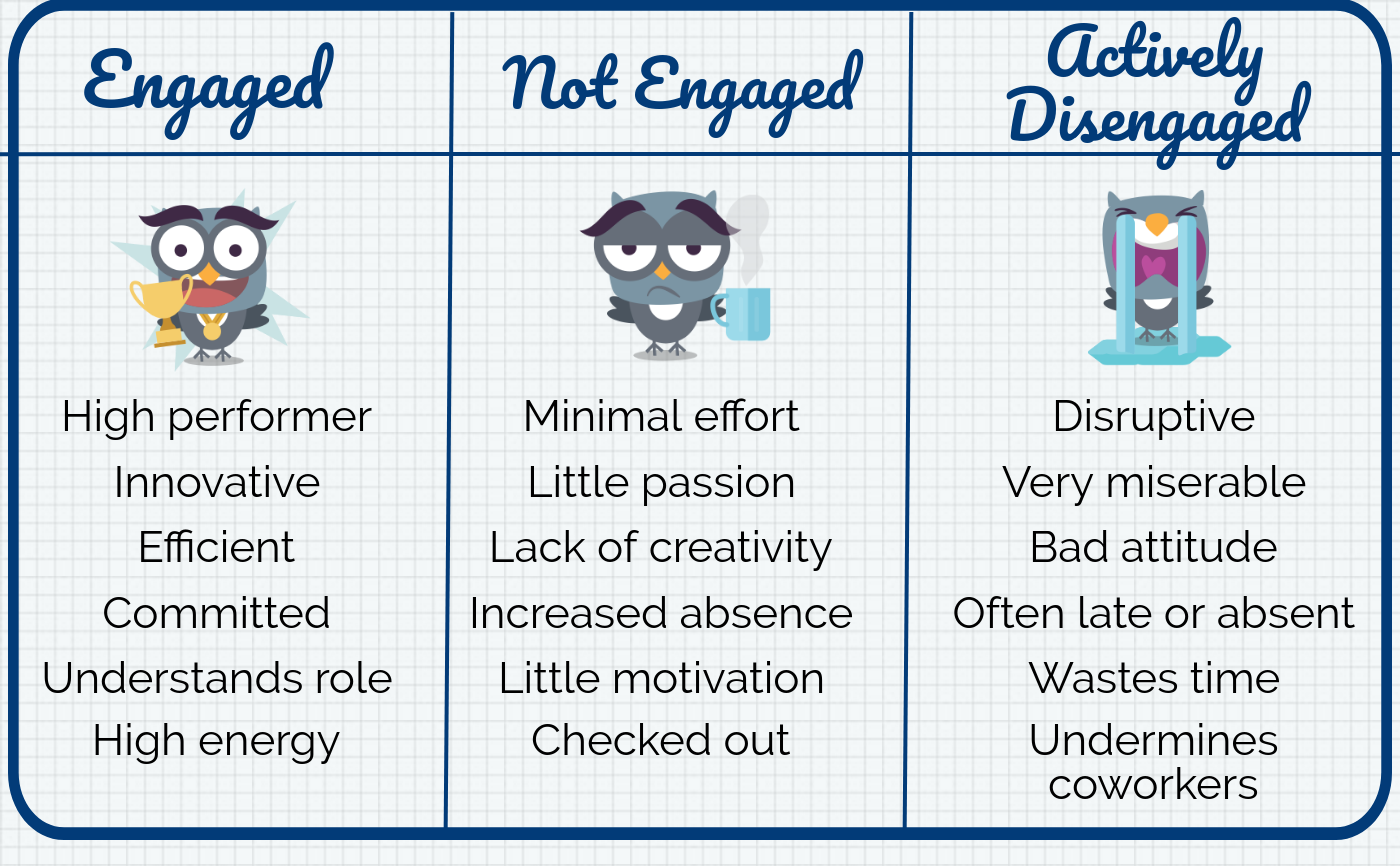 So why are workers everywhere ending up so miserable? As with most things, there are number of factors at play.

Bad management is often cited as a major factor, with 3 in 4 damningly stating that their boss is the worst and most stressful part of their job. A bad boss can take many forms, but most of us have had one at one point or another. Sometimes they don’t communicate properly and fail to support their team with guidance, regular feedback, recognition and clear expectations. Others are micromanagers who hover around their staff like a particularly persistent fly. If you’re unlucky, you could just end up with a bully or someone who actively plays favourites around the office.  And some just aren’t qualified for the jobs they’re doing and should never have been made managers in the first place.

In the current state of the economy there’s plenty of salary dissatisfaction too. Less than half say they’re happy with their wage, and with pay rises often few and far between, it’s easy to get stuck in a job with very little room for progression. Employees are making less and less every year, and it’s been shown that if you stay at the same company for over two years this can slash your salary by 50% over your lifetime. It’s really no surprise that the days of the lifelong career are behind us. This does have the knock-on effect that traditional bonds with colleagues are a lot looser, as workmates will be coming and going all the time. Friends are harder to come by at work, and loneliness is becoming more and more widespread.

Beyond that, poor training can send misery levels skyrocketing. Nowadays, employers often forego the traditional training period, instead expecting new-starters to hit the ground running. This on-the-job style learning can be haphazard and ineffective if improperly managed – and it far too often is. Employers are cutting costs where they can, but the end result can be a workplace where no one really knows what they are doing. Knowledge gets lost, work becomes inefficient, and businesses lose money. No one wins.

Luckily, with a bit of effort and initiative from businesses, none of this is irreversible. To tell you a bit more, Mad Max Adventures have put together an infographic that will help you bring your dying workforce back to the land of the living…

2 Replies to “Guest Post: Harnessing the Power of Employee Engagement”