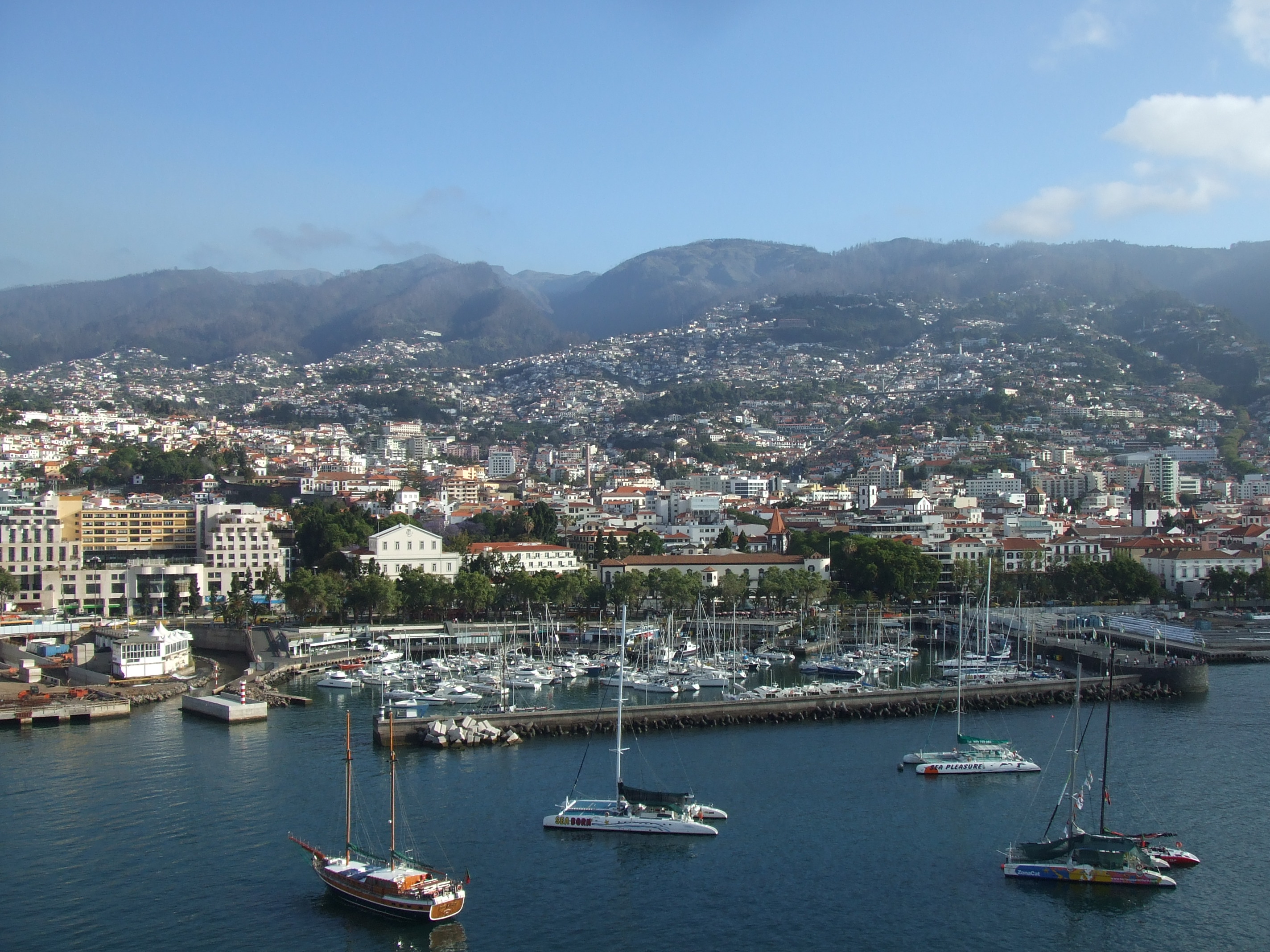 As I mentioned in my last post, I decided to sail to Europe instead of flying so I booked a transatlantic re-positioning cruise aboard the Norwegian Epic. Our one and only port day on the journey before arriving in Barcelona was in the city of Funchal on the Portuguese island of Madeira. With just one day in Funchal, I opted for a ship-promoted tour that took me to see a bit of the city, to hike up one of the tallest lookout points on the island, to a brief tasting at a winery, and on a toboggan ride and a cable car ride. I’ll write about the toboggan and the cable car in upcoming posts but the video and photos this week are just a general overview of the city.

I was quite pleasantly surprised by Funchal and really enjoyed the brief stop there. It’s a very pretty little city and the tour I took was excellent. It appeared that the area was a popular spot for hikers and backpackers, but not being either and only having about 8 hours there, I can’t make any promises. For a day or even a weekend of just relaxing and exploring, however, I can definitely give Funchal a thumbs up.

We lucked out with gorgeous weather while I was there so the views from all of our stops on the tour were fabulous.

The only downside to the tour I took is that it took us to this lookout point over Nuns’ Valley. Some of the others visited a cliff overlooking the ocean that gave them way cooler views and better pictures.