In addition to my exploits from a home base of Mexico City, I also spent a couple of weeks in Puebla, Mexico. Puebla is about 2 hours outside of Mexico City and has much more of the old style Spanish architecture that I love than does D.F. and was a very welcoming and friendly city with an awesome tourist information office and free performances put on in the Casa de Cultura almost every day (you can pick up a schedule at the tourist information office, which is 2 doors down).

It’s also bordered by Cholula, home to “the largest archaeological site of a pyramid” in the Americas (wikipedia). It’s a huge pyramid that was covered by the Spanish because they did not approve of the native peoples’ worship of idols other than their Catholic God, so they buried the pyramid and built a church at the top of the newly created hill. Today, you can visit the pyramid’s tunnels (now buried beneath the hill), the church at the top of the hill, and the ruins at the pyramid’s base. It’s a quick trip from Puebla and if you’re in the area well worth it, though I’m not sure I’d go out of my way to get there from Mexico City if you’re not headed in that direction anyway.

Some pics of my day there are below: 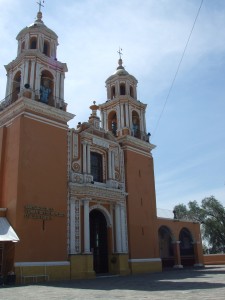 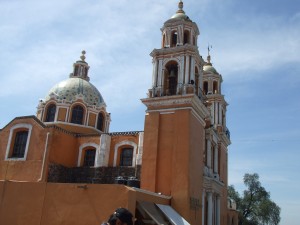 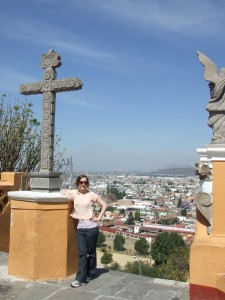 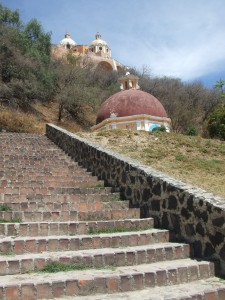 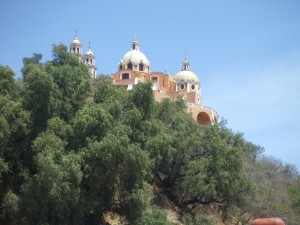 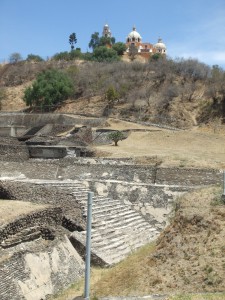 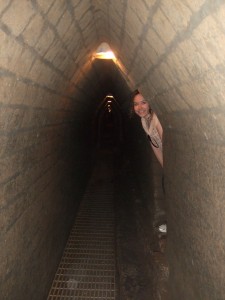 One Reply to “Cholula, Mexico”