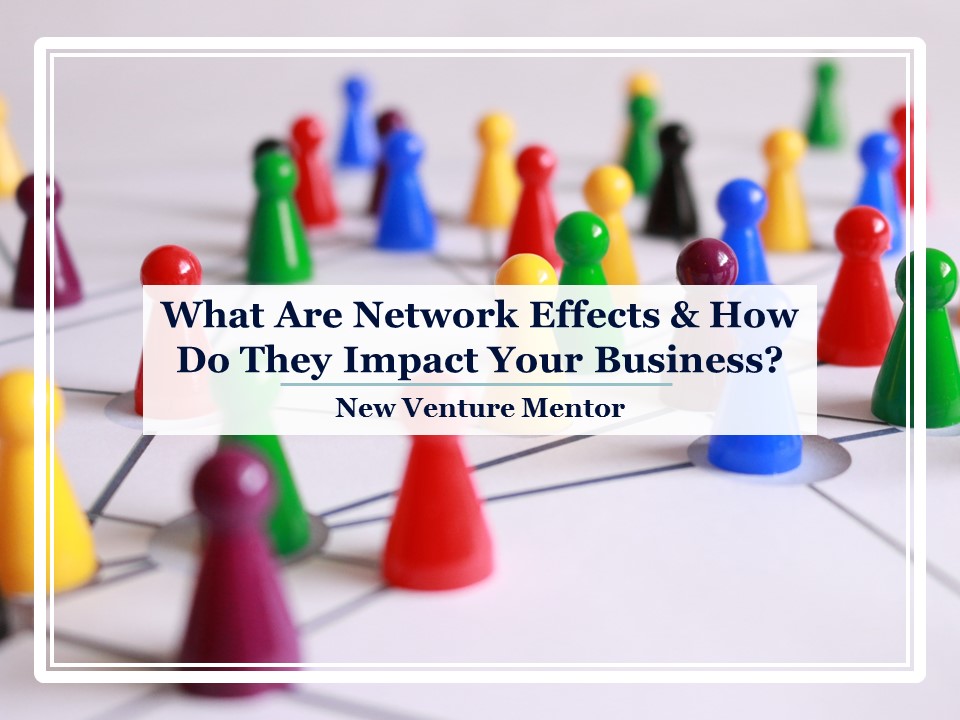 Today I want to talk about network effects, what they are and aren’t, and why you should take advantage of them in your business.

Just a heads up, most of what I will discuss here today comes from an Evergreen Business article that you can check out in full by clicking here.

To start, the Evergreen article notes that, quote: “A product displays positive network effects when more usage of the product by any user increases the product’s value for other users (and sometimes all users).” Some of the most obvious examples of this are two-sided marketplaces, like Airbnb, in which more renters is better for hosts so more hosts join, which makes it better for renters, and so on. It’s also very obvious on social networks – Facebook would be pretty terrible if you were the only one on Facebook. The more people that use it, the more everyone gets out of using it. Also, to clarify, this is actual use, not just users. If Facebook’s billions of users were never actually interacting with the site, it wouldn’t matter that there were so many of them.

Now that we understand what network effects are, we should know what they’re not, but just in case:

First up, virality is not the same thing as network effects. Something may go viral – a YouTube video or a hot new product – so that as more people hear about it and share it then each of those also shares it and the rate at which people discover this new thing is exponential and it’s considered viral. My experience of watching a YouTube video, however, does not make your experience of watching that same video better, so this is virality, not network effects.

Actually, yeah, let me take YouTube and clarify further. The growth of YouTube itself, is an example of network effects: the more people that use YouTube, the better an experience every user on YouTube can have because there is ever more content. However, the spread of any specific video on YouTube is an example of virality, because its growth rate may increase as more people see it, but no individual’s experience of that video is better because a million other people also saw it versus only 100 other people.

Secondly, economies of scale are not the same as network effects. Economies of scale happen when producing more of something means the marginal cost of each item goes down. The most basic example of this is if a major input for an item costs less when bought in bulk. So, if I want to make one custom t-shirt, it might cost me $25, whereas if I want to buy 100 of the exact same custom t-shirt, each shirt might cost me $15 because the printer only needs to set it up once whether I get 1 or 100. There being 100 shirts instead of 1, however, doesn’t make any of those shirts better, it just makes them less expensive. The example given in the Evergreen article is that Apple sells a lot of iPhones so each iPhone costs less to make, but that does not mean that it has network effects, just economies of scale. The fact that people want to buy it so that they can use iMessage with their friends and that the more people have one the more valuable it is because they can use iMessage with more of their friends is where networks effects come in.

I’ll let you head over to the Evergreen article if you want to dig into the details of how, when, and why to use network effects in your own business, but they key thing to remember here is that the network itself becomes the thing of value when you’ve successfully utilized network effects. Think of Craigslist, for example: the site itself has always been pretty terrible but tons of people still used it because tons of people used it – people were on Craigslist because other people were on Craigslist. Yes, any number of competitors could and did create better websites that did the same thing, but there were more people on Craigslist, which made it the most valuable one to use. If you can figure out how to successfully take advantage of network effects with your company, you’ll have a competitive advantage as you try to remain relevant in your marketplace.