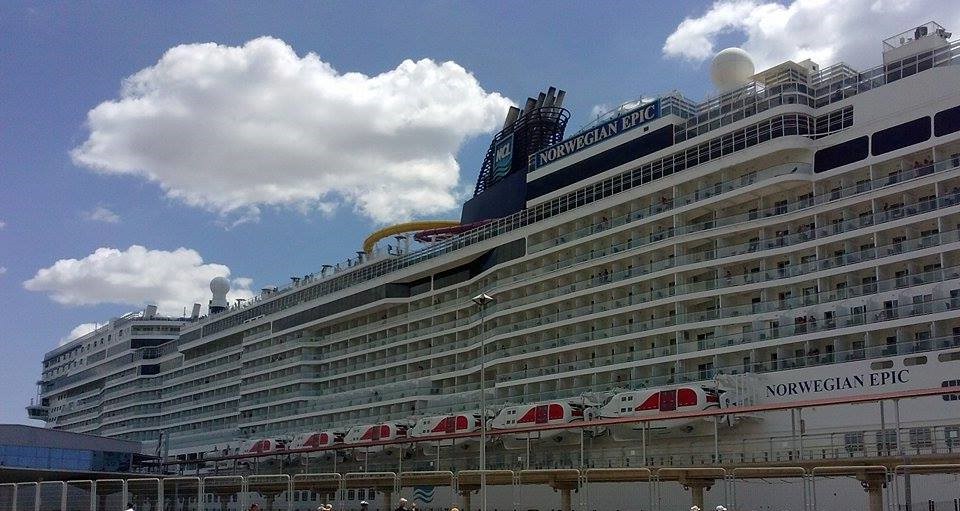 After wrapping up my adventures in Latin America for the time being, I decided to head to Europe. Instead of opting for the boring and potentially torturous flight, however, I decided to try sailing across the Atlantic instead.

I chose an 11-day transatlantic cruise aboard the Norwegian Epic that would take me from Miami to Barcelona with one brief stop in the port of Funchal, Madeira, an island off the coast of Portugal. I chose the Epic because it is outfitted with a number of “studio” cabins designed for solo travelers, so I figured there would be a better shot of me finding some other solo cruisers to hang with, which would be somewhat important given the number of sea days on the journey. Now, I have (obviously) traveled extensively on my own and I have also been on many, many cruises. However, I had never cruised solo, so I was a bit nervous to have such a long and sea-day-filled itinerary for my first solo cruise.

As it turns out, I had nothing to worry about. There turned out to be a surprising number (meaning maybe a dozen or two) of young (meaning under 40) people on the ship, so I had no problem finding people to hang out with and ended up having a fabulous time. We all formed a rather tight bond and still refer to ourselves affectionately as the Bracketeers (a reference to us being the only passengers in a particular age bracket). We’re even planning yearly reunions because we all missed each other as soon as we had to get off the ship in Barcelona.

I was also pleasantly surprised that the ship didn’t feel uncomfortably huge to me. This was the largest cruise ship I had sailed on (my first mega ship) so I was expecting to spend a lot of time wandering around lost. Surprisingly, I really didn’t feel the size difference as compared to the smaller ships I’ve cruised on in the past.

I do have to say I wasn’t super thrilled with the entertainment. In lieu of the standard, cheesy, cruise ship singers and dancers there were more specific performances including the Second City comedians, Blue Man Group, Legends in Concert, and a Cirque du Soleil dinner show. I would have preferred the standard cheesiness. They did have the normal audience participation games though, and my team and I came out on top as champions of The Quest! I also attempted to participate in the Newlywed game, but I think they spotted my lack of a ring and didn’t allow it 😉

All in all, it was a great cruise that far exceeded my expectations and I would certainly recommend it over flying to anyone who can spare 11 days to get over to Europe (or to get back from Europe as the ship will do the opposite route in October as it comes back to the Caribbean for the winter). I myself will almost certainly do it again.

One Reply to “Transatlantic Cruise”