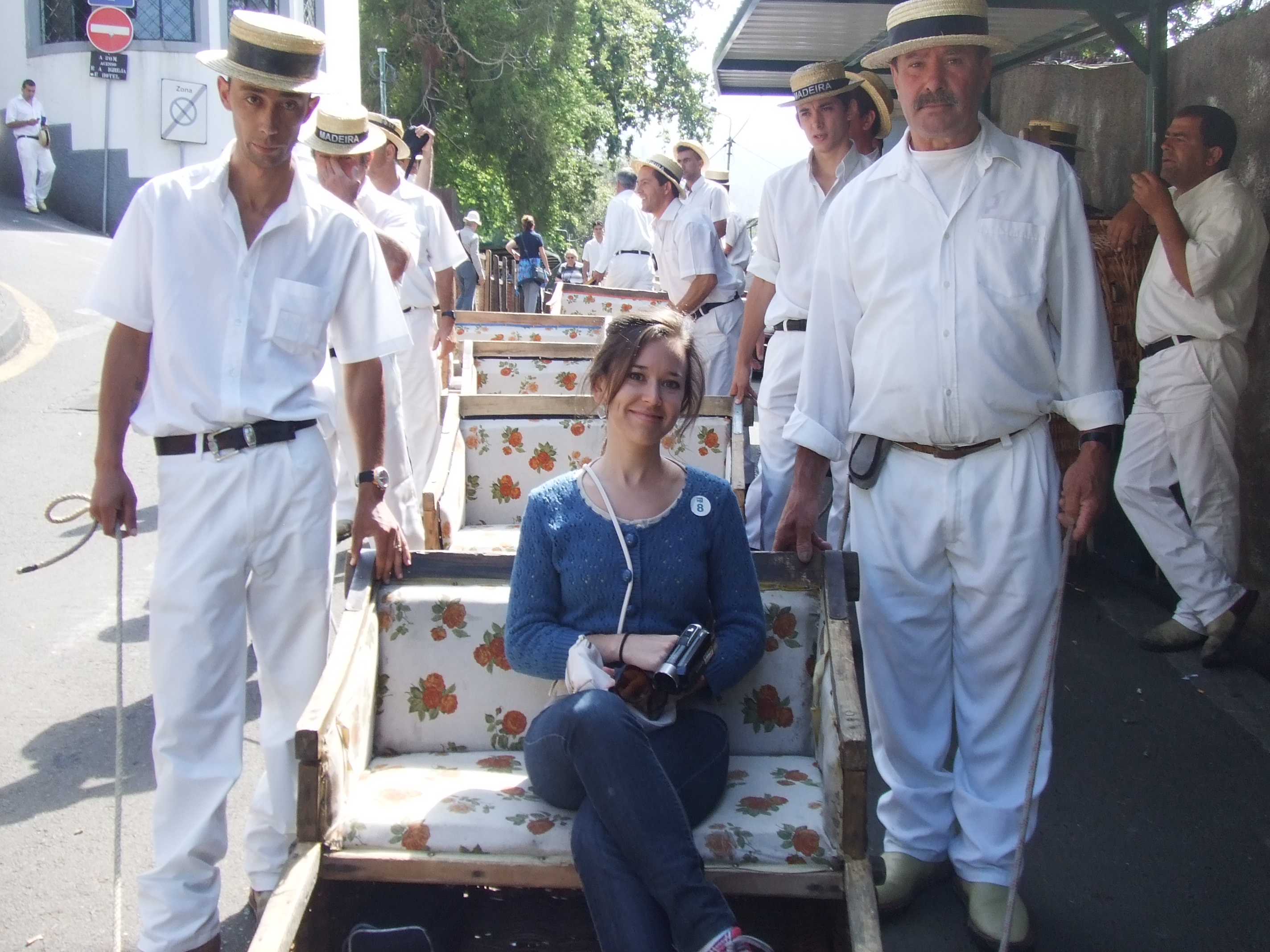 I’ve already given you a bit of an overview of the island of Madeira that I stopped at (as our one and only port day) on my Transatlantic cruise over to Europe in April/May (you can see how far behind I’ve gotten on my travel blog here). I wanted to give separate posts about the two highlights of the tour I took there, however: the cable car ride and the toboggan ride. I started with the cable car ride a couple of weeks ago and this week we’ll cover the toboggan ride.

When I was researching what to do in Funchal, one of the things that kept popping up was the “toboggan” rides that were offered. While reviews ranged from “It was a horrible experience and I nearly died,” to “The highlight of our trip,” I’m always down to try unique experiences and I hadn’t heard of something like this being offered elsewhere, so I decided to go for it.

The “toboggans” are actually more like sleighs and the “drivers” are actually just local men who look incredibly bored with their jobs and run behind the sleigh attempting to keep you moving without causing a serious accident. The “ride” occurs down an actual road, mind you, so I did see a close call with a car and the sleigh in front of me. Additionally, the sleighs are in no way stable and the drivers are only loosely in control (at least from my experience) so the ride itself is a bit anxiety-provoking if you’re at all concerned about toppling over and tumbling out of the sleigh onto the roadway while traveling at pretty decent speeds. It’s definitely not scary and would be a bore for thrill seekers, but it’s not like riding around in a tour bus either. I did read some accounts online of a couple of wipe-outs that left the riders with bruised ribs and broken bones.

Luckily, my sleigh remained upright and I neither wiped out nor sustained any injuries. Take a quick look at the ride in the video below (the video shows the ride at actual speed):

Just a tip for single travelers – it appeared they do not allow singles to go down in a Toboggan alone so I was stuck in a pretty tight sleigh with a random stranger and you’ll likely be in the same boat if you go.