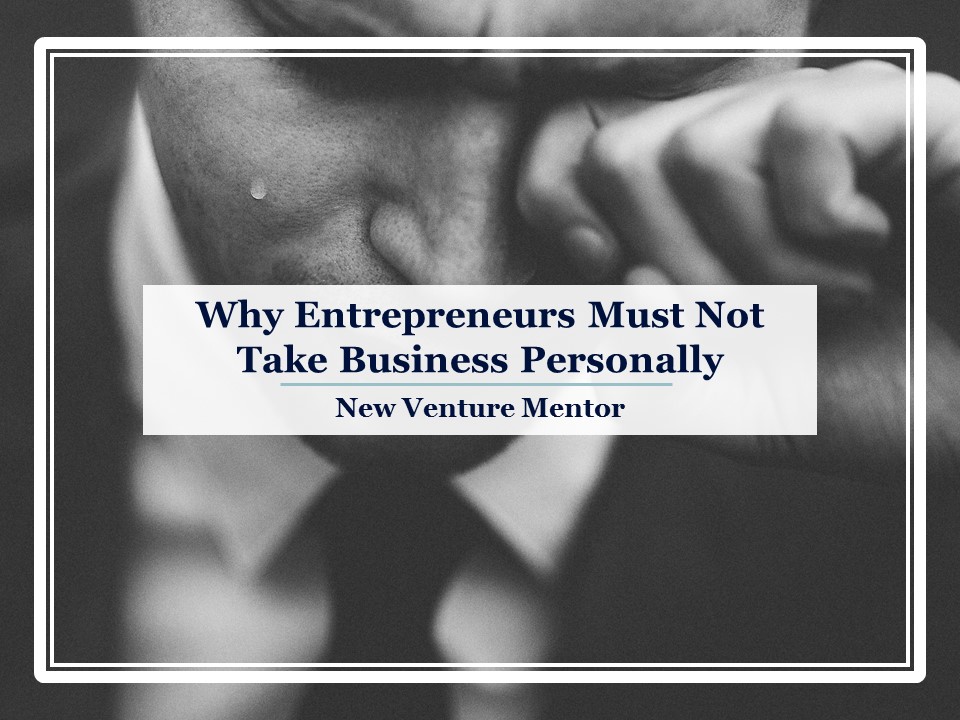 Today’s post is about a bit of a touchy subject: your own feelings and the fact that they have no place in business. Continue reading to learn why your sensitivity could be costing you contracts.

Okay, so I am speaking in hyperbole a bit when I say that your feelings have no place in business; obviously, you’re not a robot and I know you have feelings. In many businesses it might even be appropriate to express those feelings; but I do want to talk about the fact that one of the quickest ways to get yourself and your business blacklisted is to take business dealings personally.

Lots of people, including me, will tell you that relationships are key to building a successful business, but sometimes entrepreneurs take that idea too far and believe that relationships are the most important aspect of a business deal, to the point that they are personally hurt by what happens in those deals. For example, I’ve worked with a few contractors who would become incredibly offended and hurt when they were not informed of decisions being made about restructuring, hiring, program direction, etc. at the organizations with which they had contracts. Some would try to be cool about it but would bring it up later in a conversation about something else to make sure we knew they were hurt and some would send out aggressive emails demanding to know why they hadn’t been informed of xyz decision and saying they’d done so much in the relationship and so would have thought we’d have kept them in the loop. Here’s the thing though: no matter who you’re friends with, business is business. If a company is making decisions that don’t have a direct impact on your contract, they’re none of your business, and making a big deal out of it decreases your chances of that contract getting renewed because you’ve now identified yourself as someone who will require extra attention (read time, an entrepreneur’s most valuable resource) at best and a needy drama queen at worst.

Whenever I mentor any young person, whether giving career advice or business development advice,  I always explain that everyone out there has the same job: to make her boss look good and to make her boss’ life easier. If you’re an employee, that’s obvious, if you’re an entrepreneur, your client is your boss. So, when you start complaining or needing extra meetings or demanding to be included in decisions that aren’t yours to make; are you making your boss’/client’s life easier? Hell no. So you should realize that, at that moment, you’re failing at your job.

Another place this sensitivity or taking things personally comes up is with contract negotiations themselves. I can’t tell you how many times I’ve worked with entrepreneurs who’ve become either deeply hurt or incredibly defensive if I tell them their pricing is too high and we’re not interested in signing or re-signing a contract. Sometimes it’s because my organization doesn’t have the money despite my thinking the service is great; sometimes I think the person is way over-estimating the value they provide; sometimes there is someone else who just had a better proposal. Whatever it is, it’s not personal, it’s about whether the business relationship works or doesn’t at that moment. Getting offended or defensive only shows that you would be difficult to work with and reinforces that NOT going with you was the right decision.

Yes, the business world is built around relationships, but there is a difference between a professional relationship and a personal one. A great business relationship is one built on trust, honesty, and mutual respect…it’s not built on everyone getting touchy feely with their emotions. Make sure you’re able to read the temperature of the room and never let you taking non-personal business decisions personally hurt your reputation and your relationships.