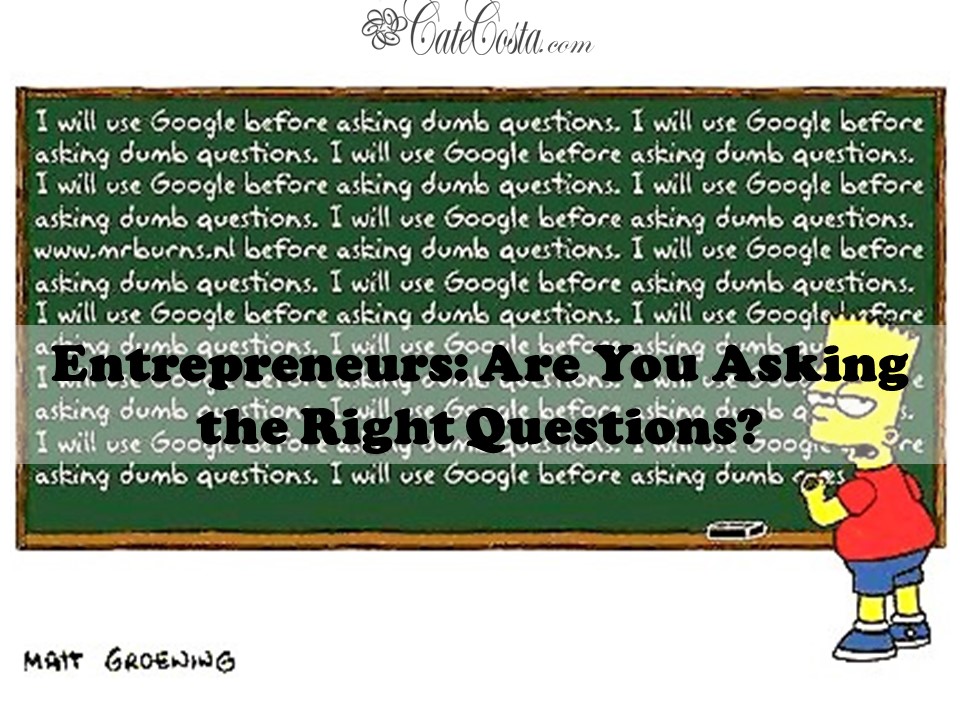 Today I want to talk with you a little bit about how you do primary research when you’re planning your offerings, exploring your market, describing your ideal customer, or any of the million other things you need to research and validate when you’re building your business.

First, a quick story to illustrate: I’m totally addicted to Coursera. For those of you who don’t know, Coursera is an online platform where you can take courses, for free, taught by some of the world’s top professors at the top universities. The offerings cover a huge range of topics so there’s something for just about anyone and I have taken literally dozens of courses because I love to keep learning as much as I can.

Anyway, I was recently watching a lesson in one of my courses and the professor was talking about the field of popularity research within psychology. For years and years, I don’t know exactly how long but for at least a decade, all of the researchers studied popularity using a measure of how well liked various people within a group were by the other members of that group. So, basically, they would poll a class of students and ask them to say who in the class they liked the most and liked the least. They’d tally that up and do some calculation about how often someone was identified as most liked versus how often he or she was identified as least liked and then rank the students’ popularity based on those findings.

Here’s the thing though: One day some researchers were talking about their work with a group of high school students and those students were totally confused. They wanted to know why the researchers were measuring popularity with likeability because, in their minds, popularity was a completely different thing, so who was the most well liked wasn’t going to tell you who was the most popular.

This shook everything up in the field and researchers now have a completely different understanding of what popularity means to different groups and they measure it differently. This conversation with these teens literally changed and entire field of psychological research.

So why am I telling you this? Because the lesson from this example that comes out of psych research is that you need to make sure you’re asking the right questions or the answers you get won’t actually help you measure what you’re trying to measure, and the same holds true for you in your business. By asking who was most liked, the researchers were coming up with skewed views of who was most popular amongst adolescent groups and, therefore, any conclusions they might draw from that data would be questionable.

Now let’s say you’re doing some market research before you launch your new line of cell phone cases and you need to choose which colors to produce. You go around asking your target customers which colors they like best. That seems like it should be an obvious question if you’re trying to decide which colors to produce, right? But it may be the wrong question. Maybe people really like the color red but it would clash with too many of their outfits so they wouldn’t want a case that color. Maybe they think orange is a hideous color but they would buy a cell phone case in orange so they’d never lose their phones. Clearly, I’m just making stuff up here, but I hope you get my point. You have to be very careful and very deliberate about what you ask potential customers or you may get answers that don’t actually tell you what you need to know.

Let’s try another example: Let’s say you’re opening up a bakery and you go around having people taste test a variety of offerings and asking which ones they think taste the best. Again, that seems pretty straight-forward, but it might not actually tell you which items would be the most popular. Perhaps something is delicious but its ingredients would mean you’d sell it at a price point that nobody would be willing to pay; or maybe your ideal customer is super health conscious so if you ask them just, “Which tastes better, A or B?” they’ll say B, but in their daily lives they would never buy B because it has too many calories.

There are lots of variables that go into a customer’s decision to buy or to not buy, so if you want to get any benefit from the market research you conduct, you need to be sure to ask the right questions.

I participated in a market research study once about bras and how they fit. For about 80% of the time, they asked us to compare X feature to Y feature or A brand to B brand. Pretty boring stuff and we weren’t very animated, nor were we in agreement. Towards the end, however, they asked us if there was anything else we’d like to discuss and we all started excitedly sharing what we love and hate about bras and guess what? We all basically had the same loves and hates. That was the real gold for the market researchers but it didn’t come up at all in any of their structured questioning.

So, the lesson for you as an entrepreneur conducting market research is this: be very clear on what information you’re trying to gather, use that clarity to be very deliberate with crafting the questions you ask, and then also be sure to leave some room for whomever you’re speaking to to just talk about whatever he or she wants to talk about. That way, you’re much more likely to get the information you really need to make informed decisions about what to do within your business.

11 Replies to “Entrepreneurs Beware, You Must Ask the Right Questions to Get Useful Answers”